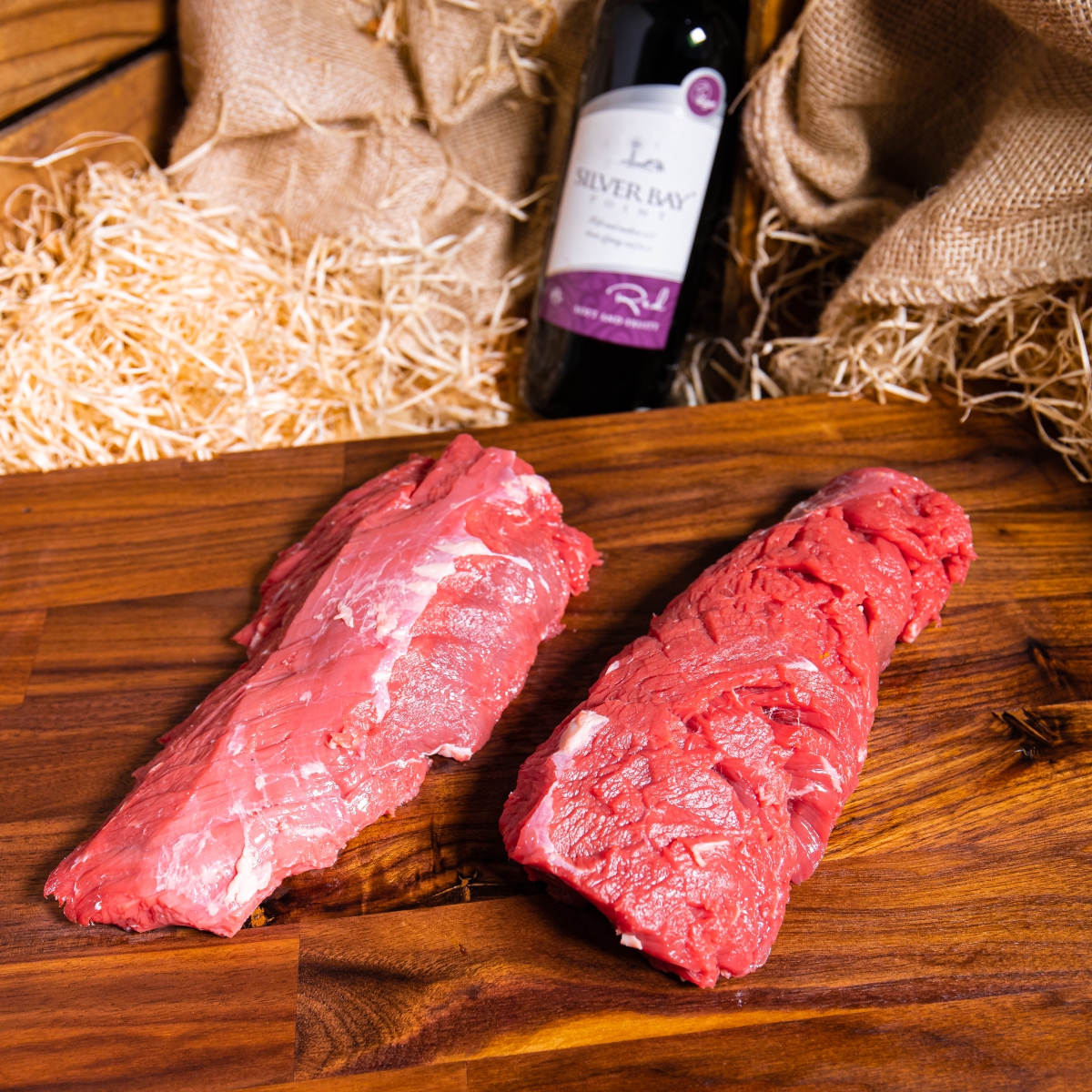 Known as Onglet in France, Hanger Steak is tender and flavoursome, and when properly marinated, it's a wonderful steak to grill or broil. Very much part of a revival of the artisan craft of British steak cutting, the Hanger is an excellent place to start.

This cut is taken from the plate, which is the upper belly of the animal, meaning there are only two steaks per beast. In the past it was sometimes known as "butcher's steak", because butchers would often keep it for themselves rather than offer it for sale.

A steak often looked to by chefs as a flavoursome steak for the specials board, simple to cook, but packed with flavour. Often used in Mexican tacos or fajitas to match the flavours of guacamole and salsa, it's also a traditional British favourite, but sometimes hard to get hold of.

Have your order delivered on your specified day locally for free when you spend £30 or more. *A £3.99 delivery fee is added for any orders less than £30.

Next-day delivery to the UK mainland is available on orders placed before 11am.
Have your order delivered for free when you spend £79 or more, a £10 delivery fee is applicable for orders of less than £79.

Order before 10am and you can collect same-day - or on any day of your choice in the next four weeks - from our Muirhead shop.

This goes well with...